Kristina Babicz (also known as The Compeitive Cutie) is an original bad girl on Season 15. Kristina is currently 23 years old and she resides in Clifton, New Jersey.

Kristina is a trust-fund party girl with a bad attitude and a short temper. After her and her sister Angela parents divorced, the sisters chose sides and Angela lived with their mother while Kristina moved in with their father. Kristina & Angela have not always had a close relationship and did not speak for a couple years after an intense argument. Kristina is a proud tomboy who isn’t afraid to get dirty. The competition is always stiff between these Jersey girls and although they both agree they will own the house, they hope to learn to control their anger and create more friends than enemies. 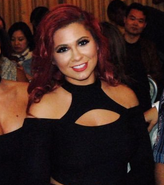 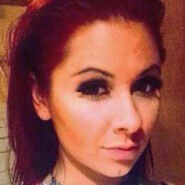 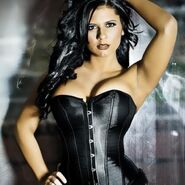