Jelaminah "Jela" Lanier (also known as The Houston Hustler) is a original bad girl in Season 14. Jela is currently 30 years old and she resides in Houston, TX.

Hailing from Houston, Texas, Jelaminah “Jela” Lanier is a confident southern girl with controlling tendencies. Jela parties hard and is not afraid to take on anyone who questions the way she lives her life. The target of many conflicts, she’s known to ruffle a few feathers along the way. She prides herself in being a leader not a follower and hopes to learn to love more and fight less. She is always seen to be dress In white clothes most of the time. She tells in BGC XIV: Casting Sneak Peek, she has a “white closet” and also she states also she “wears white every single day”.

"Welcome to the motherfucking Jela show!"

"I will slide your ass!"

"I don't fucking hear nothing! Any questions tonight bitches!"

"You'll get enough of running up" 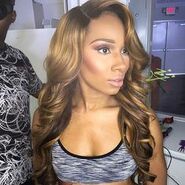 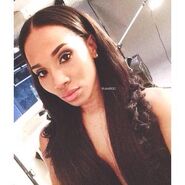 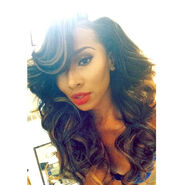 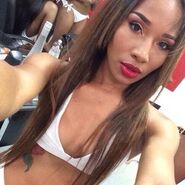