Erika, a Chicago-based rapper, loves running Chicago’s party scene. Quick-witted, mischievous, and a notorious boyfriend stealer, Erika’s true passion is her music. Although she is a great friend to those who follow her lead, this bad girl can turn into your worst enemy if you cross her, stating, “You’re either rockin’ with me or you’re getting your ass rocked by me.”

Erika is quick-witted, funny, and has a reputation for “heating and frying” her opponents when she verbally outwits and insults them. This mischievous, boyfriend-stealer refuses to lose. In fact she rarely plays fair and will happily cheat to do whatever it takes in order to win. She is hoping to get her hands on the grand prize so she can fast-track her music career.

Erika and Julie do the Erika's signature dance move. 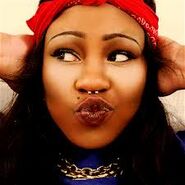 Erika finds out she has to pack up and leave. 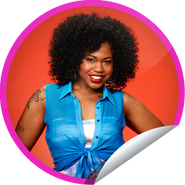 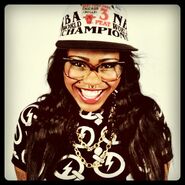 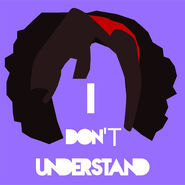