Camilla Poindexter (also known as The Cali Cutthroat) is a bad girl replacement on Season 8. Camilla is also an original bad girl on Season 13. Camilla is currently 30 years old and resides in Long Beach, California.

Dubbed “Cali Cutthroat,” Camilla is known for taking the BGC house by storm with her spicy attitude during her short-lived stay in Sin City. A self-proclaimed independent woman, she's currently modeling and making a name for herself in Hollywood. Camilla’s no stranger to the spotlight and is moving back into the mansion to work on controlling her anger and not just being seen as pretty, but as an intelligent woman. She wants to prove to the world that’s she’s more than a bad girl. 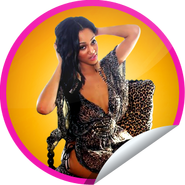 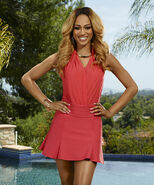