The Official Bad Girls Club Wiki
Register
Don't have an account?
Sign In
Advertisement
in: Bad Girl, Season 14 Cast Member, Replacement, Made it to the End

Beatrice "Ginger" Miller (also known as The Red Headed Rebel) is a replacement bad girl on Season 14. Ginger is currently 24 years old and she resides in Westchester, New York.

Ginger is a beautiful young woman with a wild side. She loves to party and have fun. While her boyfriend is back home she has to be loyal to him by not being sexual with men, that doesn't mean a girl. Ginger found her loop hole in Kat. Ginger has a hard time with telling her brothers "no" when they often need something. Ginger mother died and now it is like she is the one that is the mother to her brothers. Can she live her life or play mommy. 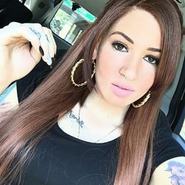 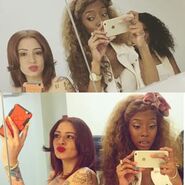