Season 1 is the first season of the Bad Girls Club spinoff, Bad Girls All-Star Battle. The first season premiered on May 21, 2013 and concluded on July 30, 2013, including a "Twinstant Replay" special with Danni Victor, Gabi Victor, Judi Jackson, and Natalie Nunn.

The series featured J Ray J as the host. It was deemed a success for Oxygen raking in a record-breaking 1.73 million viewers during its premiere and having the highest-rated series debut for the network. 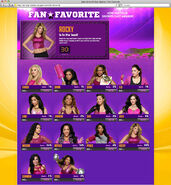