What's on your mind?

I'm re-posting because why not. Completely randomized.

Kiera Workman (also known as The Harlem Hustler) is a replacement on Season 10: Atlanta. Kiera is from Harlem, NY, and was 22 at the time of filming.

(Kiera came in (replacing Janae) and was not liked by most of the girls. Especially by Alicia and Valentina. Alicia pranked Kiera by numbing her mouth and putting stuff on her toothbrush. Kiera got in her face and punched Alicia in the eye, Alicia grabs her hair and gets her in a headlock, Kiera manages to punch her 3 times in the head before security breaks it up. For the second round, Kiera overhears Alicia talking shit in the confessional, Kiera walks in on Alicia's confessional and punches her multiple times in face. As security breaks she grabs Alicia's hair and punches her twice in the head)

(They are in the beauty room and Valentina randomly punches her, Kiera grabs her hair and starts to punch her. Alicia then comes from behind and grabs her hair, they then continue to punch Kiera multiple time. Security pulls Alicia and Valentina off of her. This fight causes production to remove Kiera from the house)

(Kiera tells Valentina to get up because she wants to fight her, she gets up and gets punched in the face. But security breaks it up after that.)

(Kiera and Alicia walk by each other backstage. Alicia punches Kiera, Kiera grabs her hair and punches her 2 times in the head. When security breaks it up they continue to grab each others hair.)

(Kiera and Natalie get into a falling out in the kitchen. Which leads to Natalie throwing a drink on her. Kiera then punches her 3 times before Natalie grabs her hair. Kiera punches her again. After that, security breaks it up.)

New Orleans, Mexico, Atlanta, and Twisted Sisters is on Hulu

If anyone wants to join they can this for spoilers of Season 1 and 2 of the new Bad Girls Club reboot and you can also post fantasy cast.

You also think Sarah Oliver is the most beautiful?

Im new to this my favs are judi,stasi,tiara from season 7, gia,erica,elease from season 8, rima,ashley,christina from season 9 im on season 10 about to finish.

Mine is all randomised

Teresa (up to Episode 3)

Episode 6:vs. JazMone and Tiana (lost) 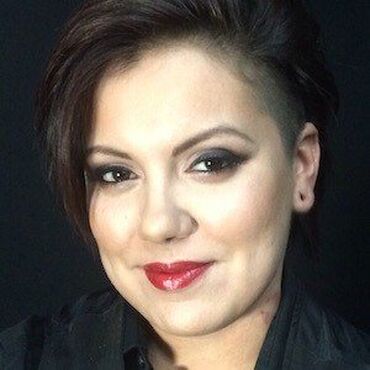 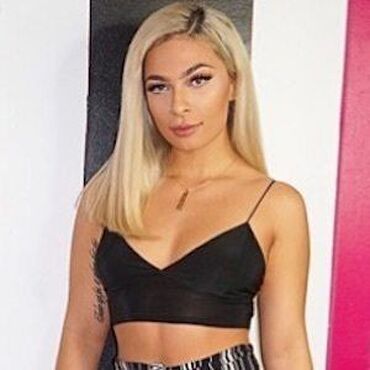 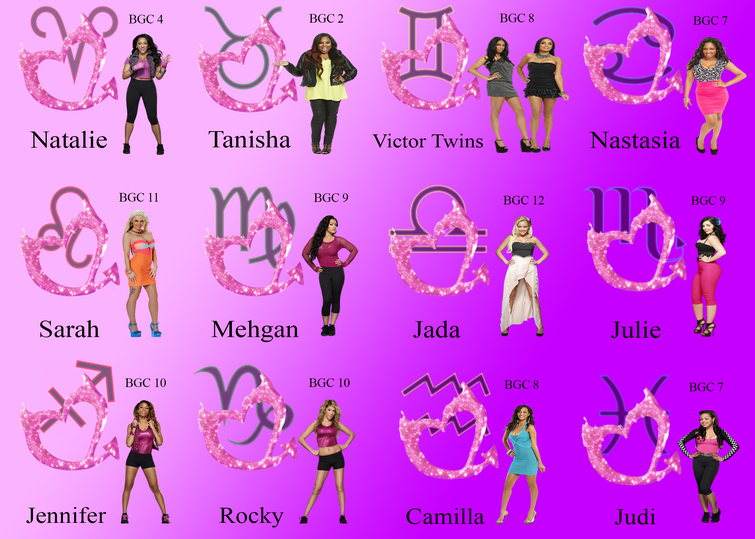 What do you guys think?

Christina salgado you are gorgeous 😍. I fkn ❤ you. You truly are the baddest bitch!! Come to vegas...love to see you in action yo.

I am binge watching all of the seasons but this has to be the worst thing ive ever seen on one of these shows. It disgusts me that those girl got away with everything they did to this poor girl. She clearly has an alcohol problem and should have been offered counselling and treatment through the show. Every single one of those chicks who did all of the bullying and throwing food at her and put her stuff out should have been charged.  Just unreal that security let it get that far. Disgusting!!

Sarah michaels and I should totally hang out. I’m originally from Milwaukee and she was my top and only fave.

(edited by A Fandom user)

Janae is a nice women, Alicia was wrong for bullying that girl. I would beat Alicia's ass to a polk if she had tried that with me if I was on Bad Girls Club oooweee

(edited by Fiesty.entrigue)
Janae Bradford
Why isn't Briana and Sayyora not friends anymore?
(edited by A Fandom user)
Bad Girls Club (TV Series)
i dont know if anyone's noticed that andrea's profile is missing a fight. she and ashley fought twice and only round 1 is on her profile. that should be changed. everyone else's profile from season 9 has their complete fights of the seson and other seasons that they went on but there's an error in andrea profile and someone needs to fix it
(edited by Youngjj)
Andrea JonesAndrea vs. Ashley
Guidelines